Concerted sacrifice to the ancestor of the Chinese 2022 sacrifice ceremony of Yellow Emperor held in Jinyun, China 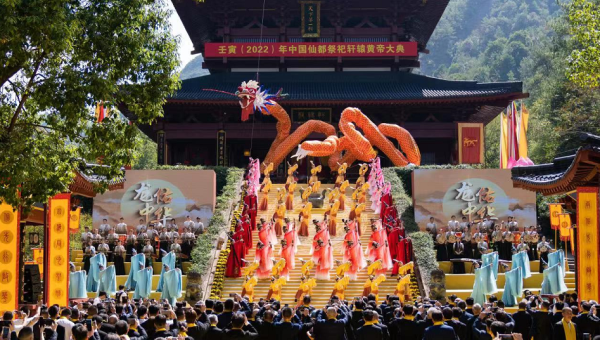 At 9: 50 a.m., all the participants stood up solemnly and loud 5-ring long trumpets of nine trumpeters kicked off, followed by 34 drums and 15 bells, representing the reverence of 34 provinces, municipalities directly under the Central Government, autonomous regions and special administrative regions and 1.5 billion descendants of the Chinese people all over the world 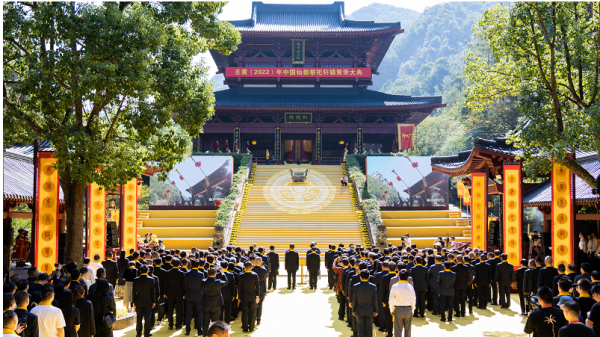 In the year of Renyin (2022), the sacrifice ceremony of the Yellow Emperor in Jinyun, China, was held with the theme of “United as One; Glories as Pioneers”. More than 300 guests from leaders at all levels, Taiwan compatriots in Zhejiang, overseas Chinese, overseas students, advanced models, experts and scholars and representatives from all walks of life attended the ceremony. At the same time, the sacrifice activities are held overseas, and overseas Chinese are organized to watch the live broadcast, so as to pursue the future with motivations, cherish the memory of ancestors, and enhance national identity and cultural belonging.

Connected by kinship, passed down from generation to generation. Yellow Emperor is the pioneer of Chinese culture. Five thousand years ago, the Yellow Emperor led the tribes to unify China, creating a precedent for clan integration and laying a solid foundation for the development of China. He led the people in numerous innovations such as sowing, characters, calendar, clothes, boats, vehicles, melody, and medicine, creating splendid Chinese culture. Yellow Emperor’s spirit of openness, tolerance, unity, civilization and innovation has always inspired the Chinese people to keep moving forward and making progress.

Details on US Visa For Spanish, German, French and Italian Citizens