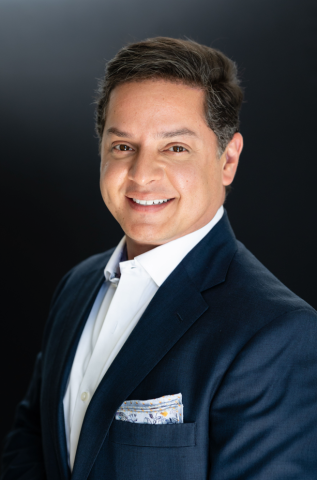 PlaceMKR, a flourishing commercial real estate and investment company in Austin, Texas, has announced the hiring of Felipe Castillo as a Partner to lead development activity. Castillo is a very accomplished development executive with over 22 years of experience in commercial real estate and development, beginning his career as an architect. He is also a U.S. Army veteran having served during Desert Storm. His education includes a Master’s in Business Administration and a Master’s in Architecture degrees from Texas Tech University. During Castillo’s real estate career, he has led real estate development efforts for mixed-use high-rise, multifamily, build-for-rent, hospitality, retail, industrial, and office development projects. His expertise in securing challenging entitlements has led him to successfully achieve rezonings in over 30 different municipalities across the United States.

Before coming to PlaceMKR, Castillo was the Managing Director for Urban Moment, a Texas-based BFR development firm. He led the company’s corporate development and acquisition strategy with an emphasis on Urban Moment’s build-for-rent development efforts. Prior to Urban Moment, Mr. Castillo was the Chief Operating Officer for De La Vega Capital and led the company’s strategy and growth with an emphasis on De La Vega’s national real estate development efforts. Castillo’s industry involvement includes ULI, NAIOP, and The Real Estate Council. He is also very involved in the community and has contributed to multiple nonprofit organizations, including Dallas Casa, NFTE!, Make-A-Wish, and Hearts & Hammers. In 2008, while Castillo was employed with KPMG, LLP, he was instrumental in including KPMG in the Hearts & Hammers campaign and approximately 19 years later they are still very involved. Castillo was recognized nationally by KPMG for his community involvement and employee initiative.

“PlaceMKR is excited to bring Felipe Castillo on board as a Partner. His extensive background in the real estate development industry across the country will serve him well when overseeing our company’s development activity,” said Jesse Weber, co-founder of PlaceMKR LLC. “With Felipe on our team, we will be able expand PlaceMKR’s presence in mixed-use and build-for-rent developments throughout Texas and other states.”

“Our team is confident that Felipe’s background in development and acquisitions will make him a strong addition to PlaceMKR,” stated company co-founder Christopher Cortese. “His decades of experience overseeing real estate investment, entitlement, and design for ground-up development projects will allow PlaceMKR to capitalize on Texas’ fortuitous tailwinds.”

PlaceMKR was founded by Christopher Cortese and Jesse Weber in 2018. The real estate and investment company has seen incredible expansion throughout the greater Austin area over the past few years due to their fierce dedication to providing community service through community building and commercial real estate development. The company’s team of investment and development experts has led them to become well-known as industry experts in Central Texas, focusing on path of progress and Opportunity Zone investment in both the residential and commercial realms.

To learn more about PlaceMKR, go to www.placemkr.com.